The current era has been named the ‘Anthropocene’, a period during which humans have had a significant impact on the Earth’s environment and increased the rate at which species, their habitats, and ecosystems have been lost.  Considerable effort and funding has been applied in the field of conservation biology towards protecting vulnerable species from extinction, including research on species biology and responses to threats such as habitat loss and climate change. However, conservation biology researchers are often criticised for remaining within the narrow realm of academia as their findings are most often published in a style (formal, academic, and often technical writing) and location (research journals or conference proceedings) which are not always accessible to the interested public, conservation managers, and policy makers. This can result in a concerning communication gap between important information and the audiences who need access to it.

Such a communication gap can lead to the general public having limited understanding and engagement with the conservation needs of species and ecosystems, which may be of environmental, sociocultural and/or economic value to them, due to lack of readily available information.  The lack of effective communication about conservation biology research findings also contributes to a disconnect between conservation research and conservation actions, such as management and policy, which would benefit from incorporation of research findings to be most effective.

Given that conservation biology researchers are capable and enthusiastic communicators about their findings, there is a need for us to look beyond the traditional academic standard of publishing in peer-reviewed research journals and move toward contemporary forms of communication that reach broader audiences.  Social media applications are an obvious avenue. For example, services such as Twitter support short comments and critiques and encourage complementary links to original sources, as well as visual summaries of papers, infographics as topic overviews, and visual or graphical abstracts. Beyond social media and blogging, communication platforms that are now almost de rigeur among savvy researchers wishing to showcase their projects and publications are popular conservation magazines and newsletters.  More formal than social media but written in a style accessible to those without a technical background, popular conservation writing can engage the public as well as inform non-researchers involved in conservation management and policy. Creative conservation biology researchers can also explore poetry, music, video and dance as forms of communication.  A search of the Twitter hashtag #conservationhaiku (there’s also a dedicated website) provides many examples for inspiration.

To be truly effective, both the value of non-traditional forms of communicating conservation research and the importance of a diverse audience needs to be acknowledged by conservation researchers and their host institutions and organisations.  At present, publication in research journals, and preferably those categorised as having a high ‘impact’, is still the standard by which research ouput is measured and career progression occurs. A paradigm shift is required to recognise that conservation biology research will potentially be of greatest influence when shared beyond academic circles, and researchers need to be supported and encouraged to pursue all forms of communication to ensure their research has true value to the field of conservation biology and informs actions taken to halt the threat of extinction.

Admittedly, even with the acceptance of their peers and affiliations, conservation researchers may be hesitant to share their findings outside of the traditional research journal.  Most undergraduate and graduate studies build skills in writing research papers, not poetry, and there is an urgent need for conservation biology students to develop proficiency in both formal and informal forms of writing as well as visual expression.  Beyond the traditional assignment and research paper, educators can ask students to prepare articles suitable for publication in popular conservation magazines, Tweets, blog posts, haikus and found poems, photo- and video- essays, topic overviews in the form of infographics, visual and graphic abstracts, and Wikipedia entries.  As the course schedule may not allow enough time for conducting original research to give findings that students can communicate about, such assessment can utilise published research papers on a topic they personally find engaging.

Conservation biology research often requires creative approaches to a study topic, and conservation biology researchers need to be as creative in their forms of communication for research findings to reach a diverse audience and have the greatest impact within the field.  Alternative forms of #ConservationCommunication may require both acceptance and practice, but are increasingly valuable tools. 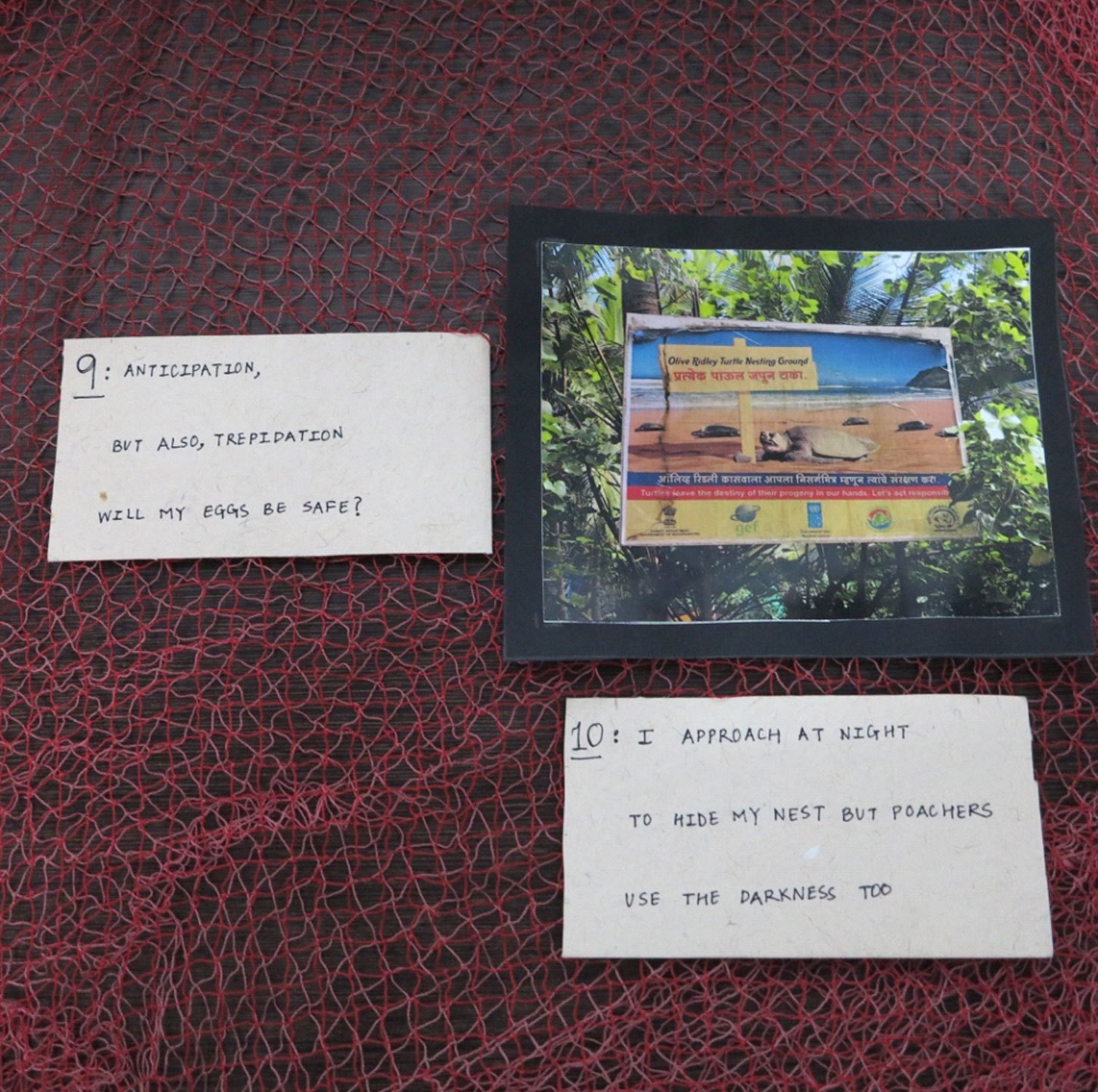 Conservation haikus written by undergraduate students for their research exhibition at FLAME University.

Photography and the Hunt During the British Raj