www.hindustantimes.com | July 23, 2021
Girish Karnad’s memoirs touch on his childhood in Sirsi, his early exposure to Yakshagana, how mathematics influenced his playwriting, and his work in film

Writing about Girish Karnad’s memoirs presents a unique predicament for a reviewer. Karnad was an iconic playwright and a noted public intellectual who never desisted from speaking his mind on thorny issues. He would have perhaps engaged with similar candour with a review of his memoirs, hailed as a remarkable work by the intelligentsia but this reviewer feels otherwise. I wish Karnad were alive to respond to some of my concerns and questions that have germinated from his book. 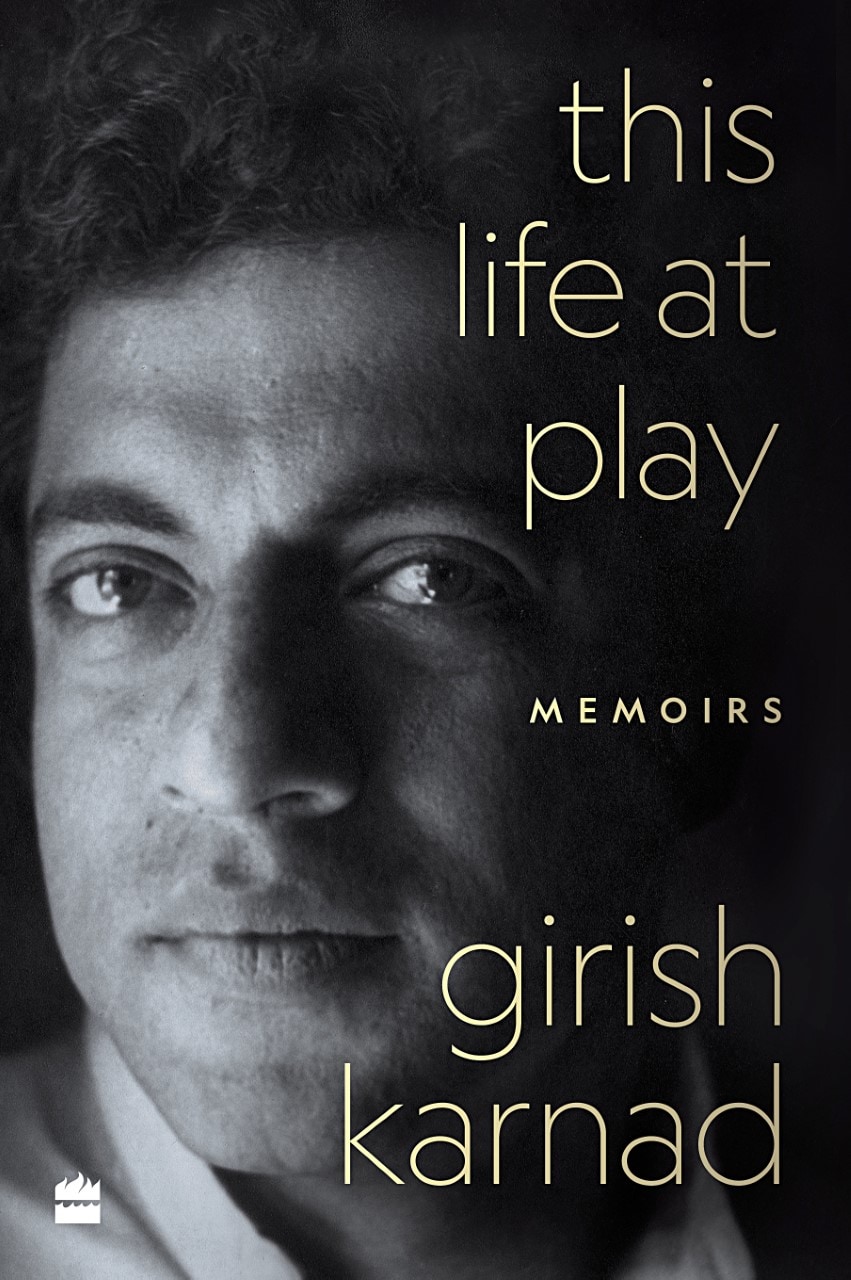 This Life at Play jointly translated from Kannada by Karnad and Srinath Perur begins with the fascinating story of Karnad’s mother, Kuttabai, a widow who married Karnad’s already-married father after living with him for five years. Karnad distinctly recalls the jibes directed at him and his siblings by curious neighbours interested in his parents’ private life. The section on his memories of his childhood in Sirsi is filled with imaginative detail and forms the most compelling part of the book: “The monsoons took barely half a day to flood the town. The gutters were then indistinguishable from the safer mid-street section, and this imprisoned us in our houses. For those three months, stories were our saviours.” Many of these stories later appeared in Karnad’s plays.

On being asked how his characters felt so true to life, Karnad once told Vijay Tendulkar – “Oh, I met them all in my childhood in the streets of Sirsi.”

It was there that Karnad witnessed Yakshagana (traditional theatre from Karnataka) in the company of the family’s house help, Nagya. His parents, however, preferred to watch modern plays that arrived from the cities. Karnad says Yakshagana was considered crude, unsophisticated and suitable only for illiterate villagers. In his later life, he spoke about his debt to the traditional theatre form. It was perhaps an early trigger for his interest in the Indian mythology, folk art forms and pre-modern performance repertoire that influenced his work. It also awakened him to the myriad possibilities of storytelling and various narrative epistemologies. While this is a significant moment of recognition in the creative life of an artist, the memoir doesn’t offer any further insight about assimilating these influences into the creative process that made him a distinctive modern Indian literary figure. His choices are clearly outlined in the memoir but almost nothing mentioned helps the reader access the inner world of his creation. This, to me, is one of the major shortcomings of the genre of the Indian memoir or autobiography – we see the person but understand very little about the making of his work; these books tell but don’t show much. 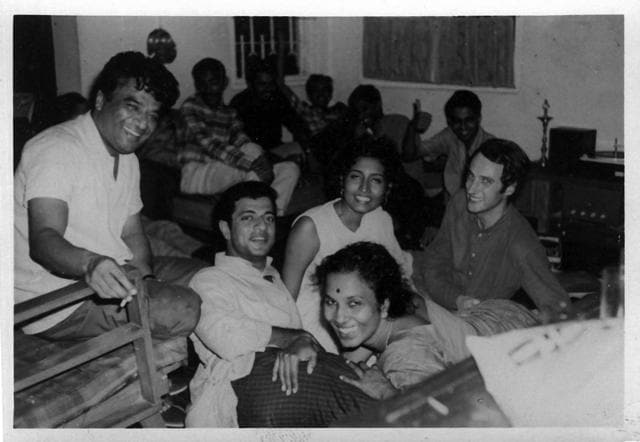 With Ammu Mathew and other Madras Players (Courtesy HarperCollins)

After Sirsi, the family moved to Dharwad where Karnad went to study at Karnatak college. He was captivated by the writers, poets, intellectuals that he met. He studied Mathematics, which helped him to learn playwriting – “It is mathematics that taught me that, while working out an individual part, I always had to be vigilant about the effect it had on the other parts, and how it changed the overall structure as well as the interrelationship between various parts. This is essential technical training for a playwright.” He was however thinking and reading poetry in English, greatly influenced by British modernists such as Eliot and Auden. This was furthered when he went to Oxford. The book also records his other western influences via film and philosophy. Regardless, he chose to write in Kannada relying upon mythology, folk and oral traditions, and local cultures which lent a unique dimension to his writing. He fully availed the western canon but successfully carved out a modern Indian idiom. I wish there was more about this aspect in the memoir.

Girish Karnad also acted and directed films. I will, however, remember him for the plays that he wrote. There are two big chapters in the book dedicated to Karnad’s film work, Samskara and Vamsa Vriksha. Both were adapted from literary works and in both cases, the novels were far better than their cinematic rendition. While there is a detailed discussion about what went into the making of these films and the associated stories, gossip and slander, very little of this detailed discussion is extended towards his plays and their productions – Yayati and especially, Tughlaq.

I am not trying to propose a template for a memoir. It is the memoirist’s prerogative. The book, however, could have helped in improving our understanding of Karnad’s work. The man is definitely more than the plays he wrote but I am also drawn to the man and his memoir owing to the work he is best known for – his plays. Another takeaway from the book is Karnad’s long association with theatre doyen, BV Karanth, an indefatigable genius of modern Indian theatre. I hope someone reading this will consider writing a worthy biography or a critical evaluation of Karanth’s own contribution and that such a rendition will also elicit new ways of understanding his work as well.