The Epicentre of Value Investing in India 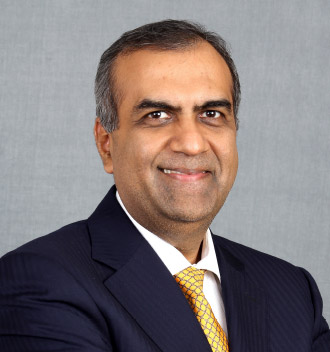 Mr. Manish Chokhani is one of India’s most respected financial market experts having built /led multiple institutions. He is best known for his role as CEO of Enam Securities, an iconic home-grown investment bank that was regarded as the trusted “house banker” to some of India’s best known business group including Infosys, Zee, Birla, Reliance, Vedanta, Raheja and Future groups.

In 2011, Manish led Enam’s $400 million merger with Axis Bank to create Axis Capital Ltd (ACL) that he led as MD&CEO until November 2013. ACL/Enam routinely raised almost 25% of all equity raised in Indian markets.

Earlier, before becoming CEO of Enam Securities, Manish had co-founded Enam AMC that manages the wealth of some of India’s leading business families and also manages offshore institutional funds. He also served as Director of the $1 Billion ZA Capital Fund and as Advisor to the $400 million India Capital Fund. He has helped several other leading institutional investors in devising and implementing their India investment strategies, including as Chairman of TPG Growth India from 2014-16. He still serves as Senior Advisor to TPG.

Manish is a member of SEBI's Alternative Investment Promotion Committee. He has also served three terms as Co-Chairman of the Capital Markets Committee at the Indian Merchants Chamber. He is an active Gold member of Young Presidents Organization and is a Fellow of All India Management Association.

A qualified Chartered Accountant, Manish was one of the youngest MBAs to have graduated from the London Business School. He has served on the School’s International Alumni Board as well as on the scholarship panels. He has been a visting faculty member at IIM-K and enjoys teaching. An avid sportsman, Manish represented his college teams in cricket, tennis, badminton and sprinting. He is a trained singer who also emjoys reading, painting, travel and Vipassana, the Buddhist meditation technique.

He currently serves on the boards of Zee Entertainment, Westlife Development, Shoppers Stop, Laxmi Organic and Axis Capital. He is a director at Enam Holdings and Quadrillion Capital.

India could potentially be in the best five-year period of its economic life: Manish Chokhani, Enam
https://economictimes.indiatimes.com/markets/expert-view/india-could-potentially-be-in-the-best-five-year-period-of-its-economic-life-manish-chokhani-enam/articleshow/69481502.cms

Indian IT and generic pharma facing its own disruption : Manish Chokhani of FLAME University
http://economictimes.indiatimes.com/opinion/interviews/indian-it-and-generic-pharma-facing-its-own-disruption-manish-chokhani/articleshow/55109111.cms

Manish Chokhani: You need to STOP worrying about the market
It is in the nature of markets to get caught in cycles of greed and fear, says Manish Chokhani of Enam.
http://www.moneycontrol.com/news/market-outlook/manish-chokhani-you-need-to-stop-worrying-aboutmarket_5422361.html9

It's a great buying opportunity; focus on mkts: Manish Chokhani
Manish Chokhani, a market expert, believes that the legacy of good governors will continue even after Rajan moves out and that there is enough talent in our country to uphold an institution like the RBI.
http://www.moneycontrol.com/news/market-outlook/itsgreat-buying-opportunity-focusmkts-manish-chokhani_6891601.html

FY17 will end with zero earnings growth; H2FY18 to be good: Enam
Globally, markets are looking volatile. While the US dollar is expected to appreciate further, the euro is likely to slip. This volatility in currencies will have repercussions on emerging markets too, says Manish Chokhani, Director of Enam Holdings.
http://www.moneycontrol.com/news/market-outlook/fy17-will-endzero-earnings-growth-h2fy18-to-be-good-enam_8141641.html

Budget 2016: We are headed for better time, says Manish Chokhani, Enam Holdings
In a chat with ET No w, Manish Chokhani, Director, Enam Holdings, says investors will find the equity markets a lot more interesting at 7000 than at 9000
http://economictimes.indiatimes.com/markets/expert-view/budget-2016-we-are-headed-for-better-time-says-manish-chokhani-enam-holdings/articleshow/51206808.cms

RIL and Jio could be a game changer: Manish Chokhani, Enam Holdings
India has a unique opportunity to attract disproportionate foreign capital but due to lack of urgency and sheer obstructionism, the foreign interest is losing patience with India's inability to execute on its promise, said Manish Chokhani
http://www.indiainfoline.com/article/news-top-story/ril-and-jio-could-be-a-game-changer-manish-chokhani-enam-holdings-116010400249_1.html

Election 2019: State Of The Market With Manish Chokhani (Part 1)

Election 2019: State Of The Market With Manish Chokhani (Part 2)