www.hindustantimes.com | January 27, 2021
The event had in attendance prominent public figures who spoke about the varied dimensions that the word ‘purpose’ has taken in the recent times.

‘The FLAME University Purpose Summit 2021’, a two-day virtual event organized by FLAME University on January 23-24, 2021 came as a wake-up call for students and the business fraternity at large to recalibrate our priorities and look at ‘purpose’, which has attained an all-new meaning in a post-pandemic world.

A recent survey by Gallup has revealed that 70 per cent of employees worldwide are disengaged with what they do as they lack purpose in what they do. In such a scenario, ‘purpose’ is extremely important in today’s time.

The aim of summit was to enable meaningful conversations and an exchange of ideas between different stakeholders including policymakers, business heads, academicians, political leaders, journalists, social workers, artists, and entrepreneurs, all of whom are grappling with the coronavirus pandemic and its after effects.

The event had in attendance prominent public figures who spoke at length about the varied dimensions that the word ‘purpose’ has taken in the recent past, making it a driver for change for individuals and institutions alike.

“I asked myself what is my purpose. At the age of 26, I realized that I was a prisoner of my visiting cards and EMIs. We are always striving for benchmarks for success which in real terms don’t matter. That made me recalibrate my goals and I left my job at an MNC the year after,” said Sanjeev Bikhchandani , Founder and Executive Chairman at Info Edge, while addressing the first keynote at the summit.

There are a lot of students, who are worried about what the market would look like and whether jobs would open up post-Covid. “At the entry level, it is difficult. Something unfortunate has happened in the form of Covid and affected economies the world over. Give yourself one extra year to get where you want to, but during that year, upgrade your skills, get an apprenticeship and enhance your CV,” he added. 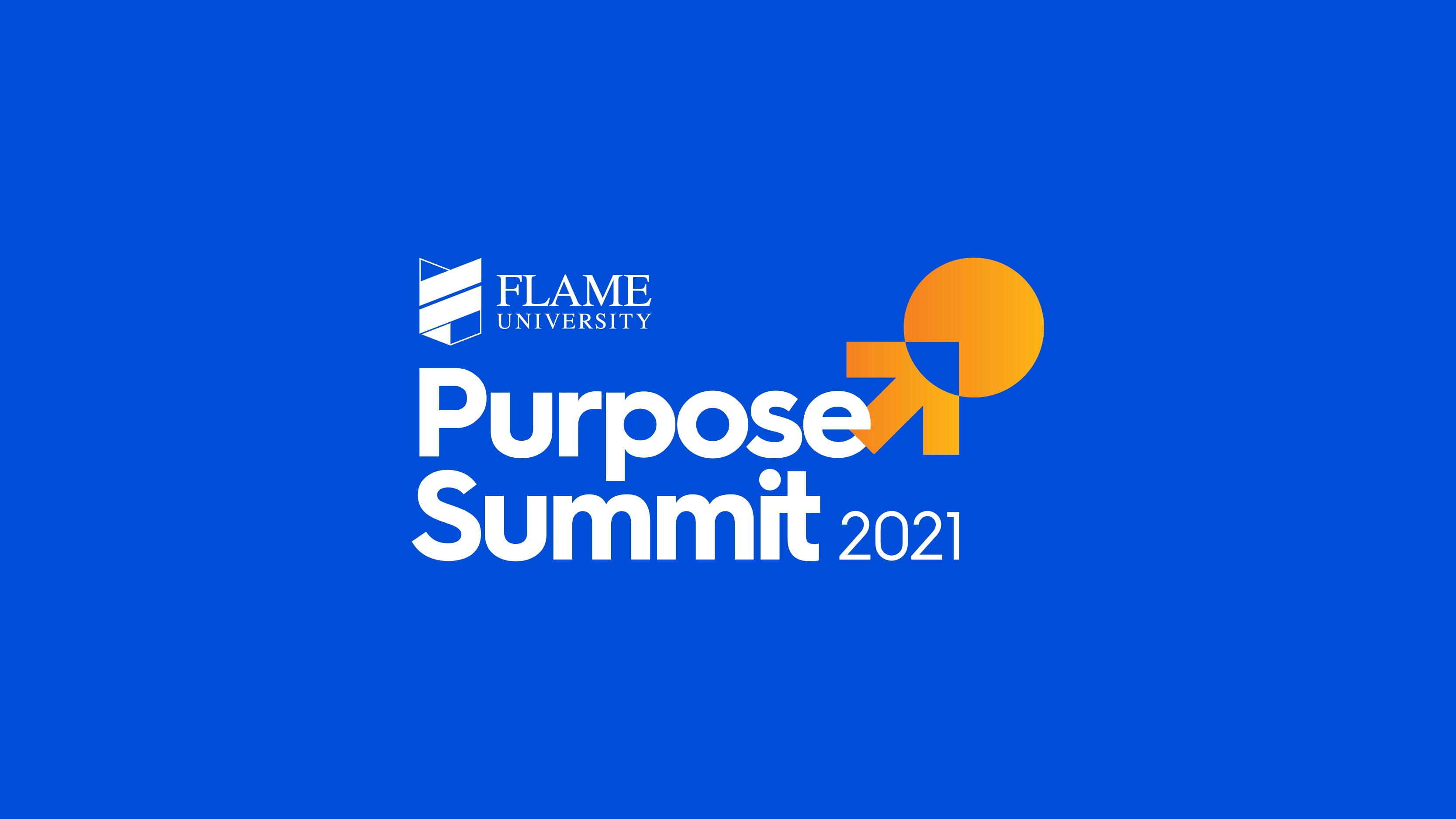 The summit also introduced students of the university to entrepreneurial thinking by bringing them face-to-face with leading business leaders from the industry.

The summit also introduced students of the university to entrepreneurial thinking by bringing them face-to-face with leading business leaders from the industry to gain an insight into how core business processes work.

The BPO industry, for instance, has brought to the country a completely different culture in terms of job market availability, also bringing in a foreign currency influx. “At the last count, the BPO industry employed 1.6-1.7 million people. It is fascinating to see what one has been able to help create in a lifetime, which has created so many livelihoods,” said Dr Raman Roy, Chairman and Managing Director of Quatrro.

“During our early days, one could not take a dedicated line from India into the US to terminate into the Public Switch Telephone Network system to be able to dial a phone. Our plea to the government was that we will create jobs and bring in foreign currency. We got the permission that time on an experimental basis to do this for GE, thereby creating jobs and bringing in a new culture,” he added.

In another interesting session, Vineet Nayar, Founder Chairman, Sampark Foundation and former CEO of HCL Technologies turned the conventional B-School Mantra of ‘customer first’ to say that businesses must change it to ‘employees first’.

“One of the big mistakes which a lot of leaders do is believing in their own egos to believe that they made the change. Little do they understand that many employees worked very hard to make that happen. The core purpose of the management is nothing but encouraging and enabling employees who in turn create value for the customer. This is how the idea of employee-first was born,” he said.

The virtual event also explored issues of gender equality at work and also the purpose of existence, especially in times like today when life is so uncertain. “There are two schools of thought around purpose – one is a very Sisyphean thought of pushing a boulder up a hill for it to fall down again, which is what the fatalists around that believe, more so in the last one year when life is so uncertain. The other school of thought is a polar opposite where you must have a clear goal in life and break that into KRAs,” said Apurva Purohit - President of the Jagran Group.

The perfect balance, according to Apurva Purohit, is to have a “a purpose-light model, comprised of a goal which is fairly universal and efforts made in that direction which are input driven.”

Vallabh Bhanshali, the Co-founder and Chairman of ENAM Group put forth his perspective of leading a purposeful life. He shared, "If you were to ask me how I gauge success, it is all about continuing efforts and having the drive to test your capability constantly. I always feel if one road is blocked, there will always be another way. The world and the situations around us keep on changing but I believe in remaining steadfast to understand what is changing and what remains constant and taking everything in my stride to gain an insight. For me, this is the path that will lead to a purposeful life."

“The ability to have social impact in India has undergone a sea of change in the past two decades, one of which is CSR, and it has taken 23 years to achieve impact,” said Neera Nundy, who left a career in investment banking to start Dasra. The discussion had very interesting inputs from the other female panelists and was one of the most well-attended sessions of the summit. Another popular session was the panel comprising of the likes of Shreyasi Singh, Founder & CEO, Harappa Education; Mayank Kumar, Co-Founder & MD at upGrad; Mohan Lakhamraju, Founder & CEO, Great Learning and Bhushan Patwardhan, Vice Chairman, University Grants Commission on the topical theme of online education.

The two-day virtual summit received a rousing response and resonated across a large section of the audience. It has paved the way for many such relevant events in the future.

One of the pioneers of liberal education in the country, FLAME University, Pune offers its students an interdisciplinary educational experience. It was set up with an idealistic vision and a social commitment to make a noble contribution to society at large.