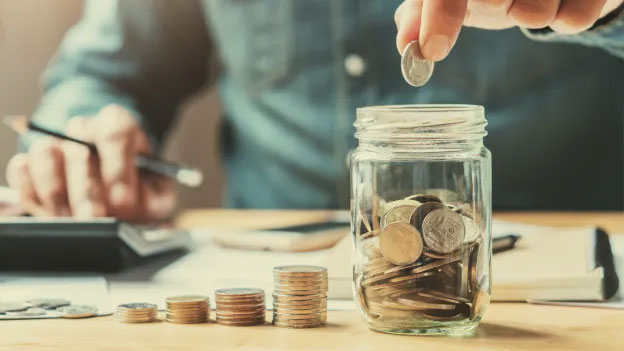 In this article, we would explore whether ESOPs granted to employees are really beneficial to them or whether the benefits are taken away by the tax structure on ESOPs?

India is aggressively striving to reach the USD 5 trillion dream of Prime Minister Narendra Modi by FY 2025. One of the key steps in this journey by Government of India is to provide major thrust to the ‘Make in India’ and ‘start-up India’ initiatives. Under these initiatives, Government has launched various policies that help to promote the start-up ecosystem in the country and change the cult of the people from being “Job Seekers” to “Job Creators”. In this quest to become “Job Creators”, India has reinforced its position as the third largest start-up eco-system in the world with nearly 0.6 million direct jobs and 0.18 million indirect jobs created in 2019 as per the NASCOMM report, a trade association for Indian information technology and services company.  However, the question is how many young graduates from good B-schools want to join the lesser known start-up companies? Working with multiple B-schools for several years, we have had an opportunity to understand young minds and their career aspirations. Many students entering the workforce elect to apply only for the who’s who of the industry, offering fat salaries and a clear growth path. Many of the young start-up firms in their earlier years struggle to raise funds, generate profits and attract suitable human capital. They do not have positive cash flows to give hefty pay packages, lack of clear job description, no measure of competency mapping and no clear path to progress make them fall last amongst the choice of employers. Does Employee Stock Options (ESOPs) really become saviour for the start-ups? Does it help in attracting and retaining employees? The most important question is whether all employees that are granted ESOPs really benefit from them?

In this article, we would explore whether ESOPs granted to employees are really beneficial to them or whether the benefits are taken away by the tax structure on ESOPs? ESOPs have been around since many decades and have been proved to be useful tool for employee retention by giving them a sense of ownership that is “I am my own Boss”. Increasingly Indian start-up firms have resorted to ESOPs to incentivize their employees financially . However, the taxation structure of ESOPs plays a spoil sport. Let us first understand the process of grant of ESOPs and later we would talk about the tax structure of charging ESOPs under two categories: A. Taxation on Perquisite on allotment of shares under ESOPs and B. Taxation on Capital Gains when the shares are actually sold.

Generally, corporations began with designing the ESOP programme and assess the employees who would be eligible under the programme. ESOP programmes approved by the Board of the company are launched giving an eligible employee a chance to apply for the equity shares of the company at agreed terms under the contract at a price generally well below the estimated future market value of the stock. This option grant date is the date when the employee is granted an option to buy shares of the company at a later date after the vesting period is over. Vesting period can be explained as a period where the employee serves under the contractual terms. After the end of vesting period, the employee has the option (not an obligation!) to buy shares at a price mentioned under the ESOP plan. Employees would exercise the option if the market value of stocks is higher than his exercise price. In case of start-ups which are privately owned, employees have to rely on the business valuation estimates provided by the private financial services firms.

Taxation of ESOPs is twofold: A. Taxation on Perquisite on allotment of shares under ESOPs and B. Taxation on Capital Gains when the shares are actually sold. Government philosophy for charging tax on ESOP perquisite is to provide level playing field for the employee who does not qualify for ESOP and is being taxed on all his monetary and non-monetary emoluments. However, an employee’s feeling can be aptly described by this idiom in Hindi, “Gaon basa nahin luterey pehley se aagaye”, which means that the employee still has no real monetary benefit from the ESOP as he has not sold the shares, however there is a tax demand already.

Taxation on Perquisite on Allotment of Shares under ESOPs

Perquisites are the non-monetary benefits granted by an employer to his employees. Some of the common perquisites are company leased accommodation to employees, personal use of car and other assets by the employee, sponsor of international tours, use of corporate credit card for employees personal use, and many more. Perquisites are taxed as they are availed by the employee. In the same manner, ESOPs is taxed on allotment date in the hands of employee. Tax is calculated on difference between the market value of shares for publicly owned companies (estimated valuation for privately held companies) and exercise price under ESOP.

Taxation on Capital Gains when the Shares are Actually Sold

The major pain point under old ESOP tax regime is that employees are expected to pay tax on the date of allotment on valuation difference between exercise price and market price of stock. This creates a huge burden as many employees would not have cash resources at their disposal to honour such huge tax levy. Further, they cannot immediately sell the allotted stocks under ESOP as many have a lock-in period before the sale is allowed. Thus, it puts the employee in a tight financial position.

Union Budget 2020 presented by Nirmala Sitharaman, Finance Minister of India on February 1, 2020 provided some relief to the employees of start-up businesses by deferring the payment of tax on ESOP. Under the new regulation, stocks allotted under ESOPs would be taxed on happening any of the three events whichever falls earlier: 1. after forty-eight months from the end of the relevant assessment year in which ESOP or sweat equity shares were allotted or 2. When the shares are sold by the employee or 3. When the employee leaves the organization

Does the New Tax Scheme Satisfy All Start-Ups?

Is it Possible to Have your Cake and Eat it too!

The intent of government is quite clear - to boost the start-up ecosystem in India, help the start-up organizations attract world talent and scale up to become the unicorns of the world, and help them become self-reliant and competitive. A step in right direction was to allow three consecutive year tax holiday period for start-ups and extending the benefit by widening the definition of turnover achieved by start-ups from INR 250 million to INR 1,000 million.

To cheer the human capital at start-ups who work on pay scales well below those offered by big corporate houses and established firms; and incentivize best young talent from business schools to join start-ups, it is suggested that government should withdraw the tax on perquisite valuation of ESOPs for start-ups altogether or differ the taxability till the actual sale of shares to avoid liquidity issues for employees.