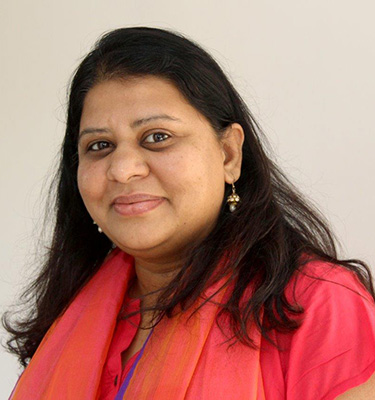 Dr. Maya Dodd received her Ph.D. from Stanford University in Modern Thought and Literature. Subsequently, she received post-doctoral fellowships at Princeton University with the Committee on South Asian Studies and the Centre for the Study of Law and Governance at JNU, India. She also taught in the department of Anthropology at Princeton University and in English departments at Stanford and the University of Florida. At FLAME University, she has chaired the Centre for South Asia and teaches Literary and Cultural Studies in the Department of Humanities and Languages at FLAME University where she teaches Literary and Cultural Studies. Her research interests include Digital Humanities, South Asian Studies and Cultural Studies and her teaching is focused on the digital classroom and archiving practices. Her forthcoming book is available at https://www.routledge.com/Exploring-Digital-Humanities-in-India-Pedagogies-Practices-and-Institutional/Dodd-Kalra/p/book/9780367347932

Dr. Maya Dodd has received fellowships from the following institutes:

Dr. Dodd has enormous teaching experience as stated below:

Her additional professional experiences include:

She has been invited to various talks, lectures, and conferences throughout the years: