Three young women, Ananya Pujary, 21, Muskaan Pal, 20 and Khushi Gupta, 21, have set up an open-access archive of community cookbooks, recipes and culinary traditions from across India that makes one wonder why this hasn’t been done before.

All students at Pune’s Flame University, Pujary and Pal (third-year psychology) and Gupta (marketing) took up this project in April 2019, as a part of an introduction to digital humanities course. “I’m from the Tuluva community in Karnataka. I initially wanted to archive my community’s recipes as it’s mostly been passed down the generations orally,” Pujary says.

The women behind the project: Muskaan Pal, Khushi Gupta and Ananya Pujary. The students of Pune’s Flame university set up the website as part of an introduction to digital humanities course.

Realising that this was true of many Indian cuisines, the women decided to expand the project into a crowd-sourced and research-based website. They call it the Indian Community Cookbook Project (communitycookbooks.wixsite.com/website). Its content is spread out across three sections: archives, timelines and the modern cookbook story.

The archives contain crowd-sourced heirloom recipes and snapshots from old recipe books. Communities represented here so far include the Tuluva, Naga, Syrian Christian, Khoja, Odia, Sindhi, Mangalorean and Bengali, with the oldest cookbook featured being a Bengali one from 1831. “We found a copy of it on the British Library’s online archive,” Pal says. That book contains a rich variety of recipes, for both meat and vegetarian dishes, influenced by Farsi and Mughlai flavours.

Many of the recipes contain nuggets of community history, or traces of the influence of invasions, foreign cultures and eventually colonialism, on local food cultures.

The Syrian Christian section of the archive, for instance, contains snapshots from the Pachakaprakaranam, believed to be the first recipe book ever published in Malayalam. It was compiled by a woman named TN Kurien, was first published in 1938, and has been reprinted multiple times, most recently in 2019. Here, colonial influences (the Dutch, British, French and Portuguese all had bases in the region) leap off the page in the form of recipes for toffees and cream fudge. The marriage of cultures is underlined in recipes for dishes such as the coconut pyramid. There’s a recipe for a Spanish stew, and an entire section of European-influenced crossover fish recipes (including for spiced brochettes and pies). 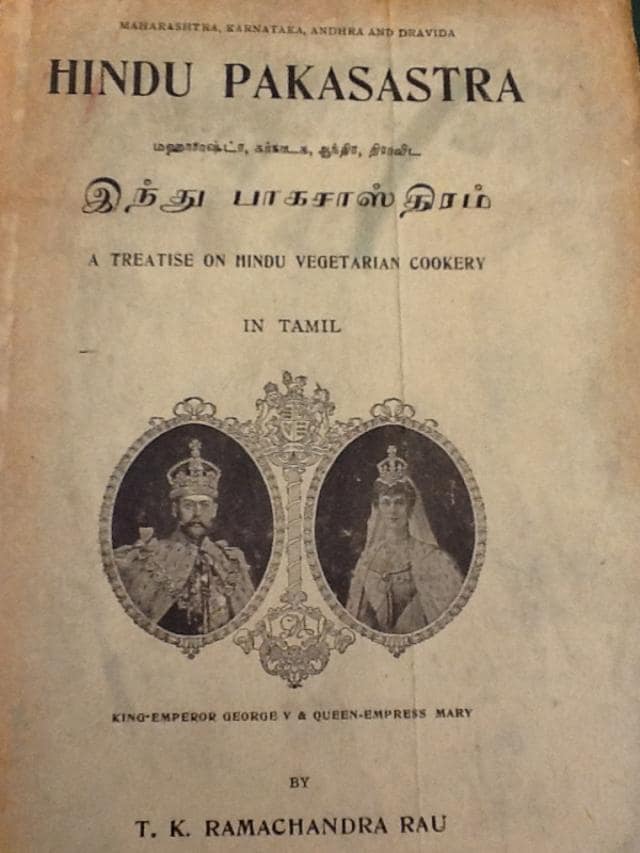 Many of these recipes would be unfamiliar to Syrian Christians today, as would some of the smaller details, like the measures. “The measures for rice in some recipes are in naazhi, which was a familiar term then but would need to be translated now… it’s about 1 to 3/4 cups,” Pal says.

As word of the project spread, recipes started coming to the students in the form of stories, anecdotes, conversations. The Alavi Bohri mutton curry recipe on the website, shared by home chef Sara Padaria, came to them as an audio file. Padaria said she wanted to narrate the recipe the way mothers and grandmothers have been doing for decades, during emergency phone calls by confused offspring fresh out of the nest. (Except, Padaria gives precise measurements and instructions, while most mothers and grandmothers offer sage advice such as, “You’ll know it’s enough spices when it smells good?”)

In the Tamil Nadu section of the archive, food blogger Arthi Pattabiraman offers a traditional recipe for pumpkin seed payasam accompanied by a description of how she grew up watching grandmothers peeling the seeds with swift movements while sitting together in groups, listening to the radio or chatting.

Pujary, Pal and Gupta are now seeking recipes from regions and communities that are not adequately represented in their repository. This includes communities in Rajasthan and the north-east (all they have so far are state-wide or region-wide cookbooks from these states, they say).

“It’s extremely important to archive oral traditions, especially now when everything’s moving so fast and a lot of techniques, methods and ingredients are being lost to urbanisation and homogenisation,” says food critic and writer Roshni Bajaj Sanghvi. “Human beings have been documenting what they eat for thousands of years. Food helps us understand who we are in several contexts. As families get splintered, existing in silos, what used to be an oral tradition no longer exists. So recording culinary traditions, in any way, is very important. It can represent heritage, culture, economic situations over the years, even religious and political leanings. It also gives a sense of the diversity of India.”