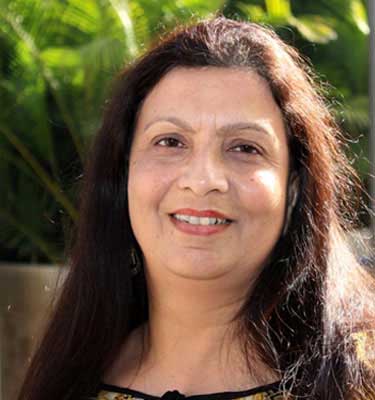 Neeta Sharma is currently a Professor at FLAME University. She has over 30 years of experience in education and teaching across India, France and Canada.

She has completed Ph.D. in Education from MIT-ADT University, Pune has acquired her M.Phil (D.E.A) degree from Sorbonne University, Paris, in Comparative Literature, after completing her M.A. from Jawaharlal Nehru University, New Delhi in French Literature, Linguistics, Interpretation and Translation. She is a specialized simultaneous and consecutive interpreter having earned a degree from Paris School of Interpretation & Translation (ESIT). She also has a Teacher's degree for teaching French outside France from the International Centre of Pedagogical Studies, Sèvres, France.

She supervised over 1200 students (60 courses) as Head of Department of French at Algonquin College, Ottawa, Canada. She was also an Intercultural Resource Consultant & Adviser (India), for the Department of Foreign Affairs & International Trade, Government of Canada's diplomats, officials, corporate leaders/executives and others visiting India on business.

As a successful entrepreneur, she set up an after-school interactive learning centre called “Learna” in Ottawa for which she received the Gold Award for ‘The Best New Business of the Year’ in 2008 from the Ottawa Chamber of Commerce, Canada.