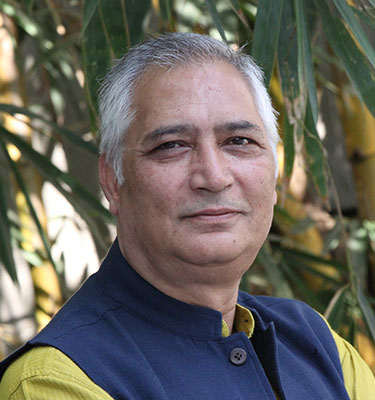 He has produced, directed, and edited many fiction shorts, documentary films and TV programmes besides having written innumerable screenplays for feature films and a novel in English. He has won the National Award (Rajat Kamal), the Golden Conch and other prestigious awards like IDPA Silver Trophy and RAPA award for his documentary films, many of which have screened at numerous forums, seminars and at major international and national film festivals. He was recipient of the prestigious ‘Fond Sud’ production grant given by the Ministry of Culture & Ministry of Foreign Affairs, France for his feature film script ‘Letters to God’. His Feature film project ‘Aharbal Falls’ was Selected for ‘Open Doors’ co-production Lab at Locarno Film Festival in 2011. His Documentary film “Between Border and the fence, on edge of a map” (2011)” is short listed among 12 best documentaries of the year 2011-12 by the well- known Walker Art Magazine.

Ajay’s work mainly explores the contemporary context of the conflict in Kashmir and the experience of exile, displacement and diaspora through an exploration of history, memory and Hindu - Muslims relations post partition. He has taught courses in Cinema studies, Film Direction, Documentary and Screenplay writing at University of Pennsylvania, Film and Television Institute of India, Srishti Institute of Art, Design and Technology and has also held the position of Chairperson Academics at ISB&M School of Communication. He is the founder of Kashmir Oral History project and curator of a travelling festival of films related to Kashmir conflict.