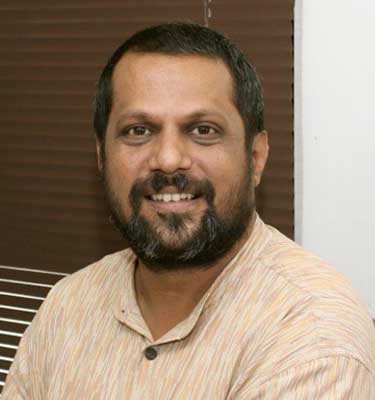 He has learnt basics from Pandit Rambhau Mate from the year 1978 to 1988 and went on to take advance training in performance theory and technique with Pandit Jitendra Abhisheki, one of the great masters of Agra Gharana in 1989.

After year 2000 till 2011 learnt with Dr. Ashok Da. Ranade, the great Musician and musicologist.

He is the Top Ranker at Graduation and Post graduation in Politics from Pune University and he also went on to become a Top Ranker in Masters in Music as well.

Sameer is Co-founder of the “Society for  Performing Entrepreneurs and Conscious Training towards  understanding Music, popularly known as SPECTRUM,  As the name suggests, this organization is engaged in consciously  imparting basic musical understanding to listeners of classical music, through a well-designed Music Acquaintance Program. An Interactive CD ROM set titled GAAN JIDNYASA is published by Spectrum which teaches the basics of Indian Classical Music.